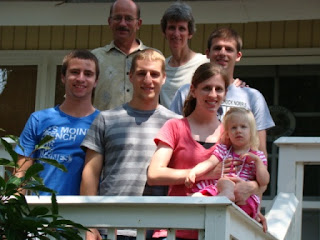 We went to the Charleston area with my family during the first week of August. Our vacation began and ended with some airport delays, but Everly was a trooper and great flyer! Here she's having a snack with Alex... 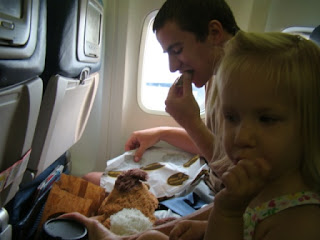 *
We stayed in Seabrook Island, a little town outside of historic Charleston, and it was nothing short of wonderful. We were able to spend lots of time on the beach, which Everly lived for! Usually the first thing she said in the morning or at naptime when she woke up was 'ooooocean'...meaning hurry up and get that swimsuit on me, I'm ready to hit the beach! 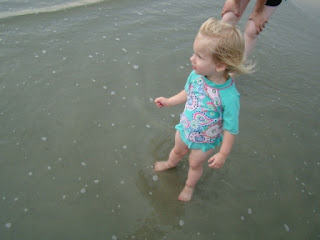 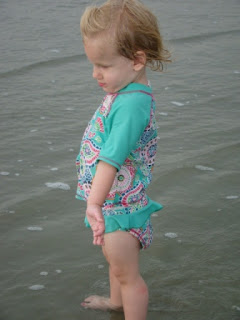 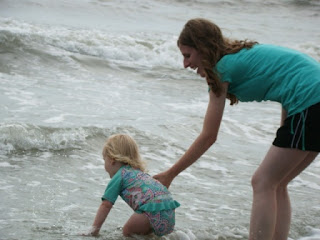 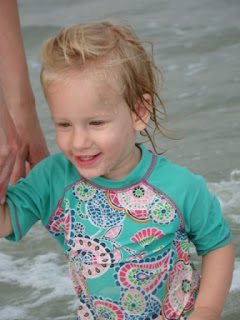 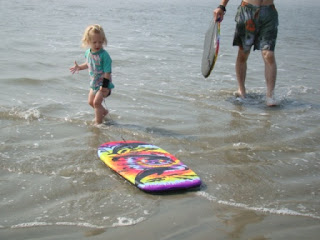 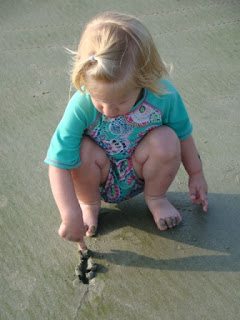 Seabrook Island was lined by the ocean and its beaches, but also had tidal marshes and lagoons meandering inland. See the marshland meeting the ocean in the background... 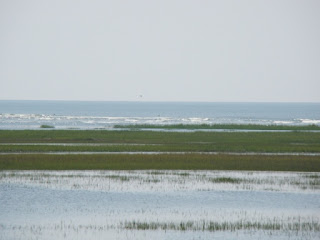 The boys tried their hand at fishing a few different times and in different places. Here they're getting their poles ready on the local crabbing dock... 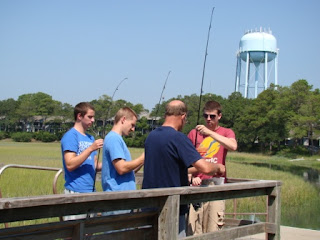 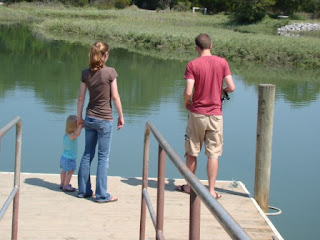 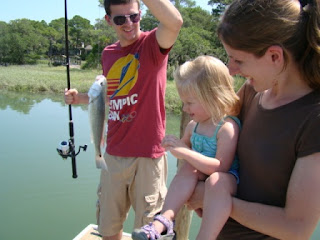 The first catch! Everly even touched Cici's fish!
They also tried fishing in the ocean, just off the beach. Look what Alex caught...A stingray! 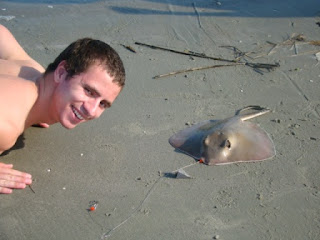 There were rumors of alligators, but when they saw this guy floating along in the little lagoon they were fishing in, they wrapped up shortly after :) 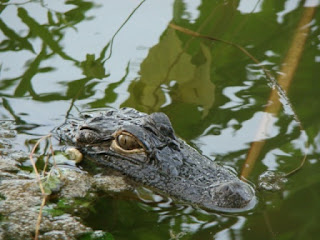 *
We drove into Charleston a few times to explore...Pretty old buildings and houses lined the streets in the city where the first Civil War shot was fired... 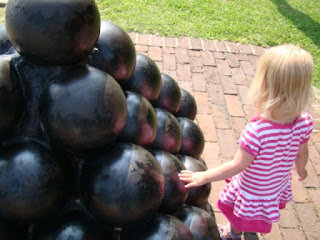 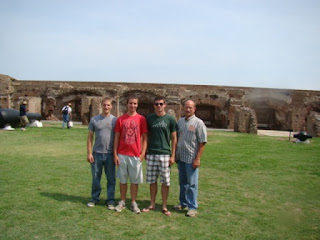 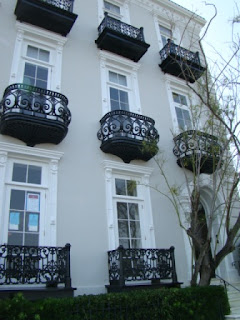 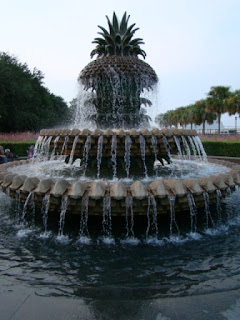 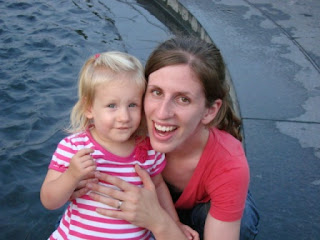 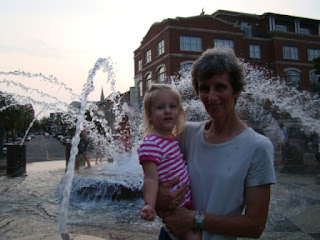 *
Other fun little side trips included:
*Visiting a tea plantation 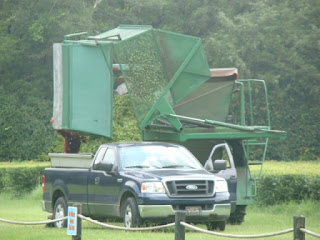 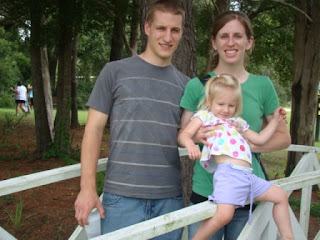 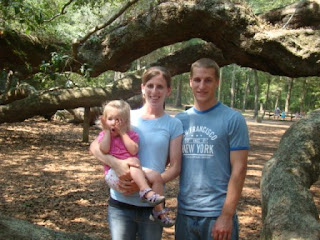 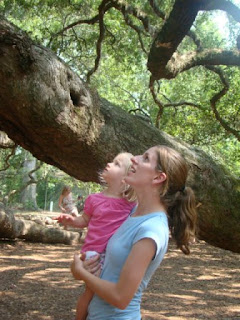 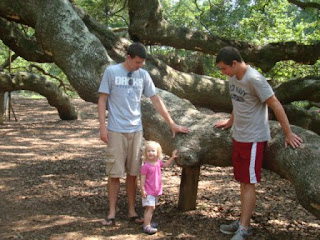 *Visiting a Fun Park with sliding, bouncing, go-carts, and minigolf! 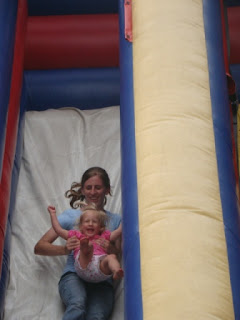 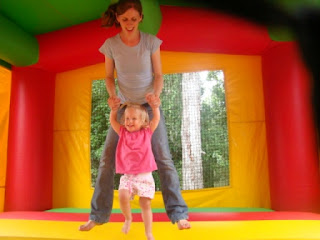 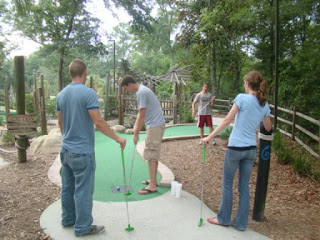 *
We had such a great time and Everly is still talking about everything we did and the ocean she experienced. She was loving things non-stop all week but finally on the car ride back from the airport, just couldn't hang on any longer :) 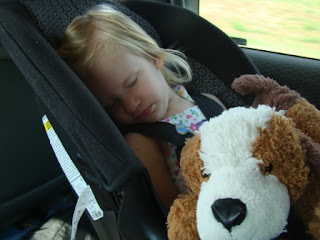